There are eight photos.

Many Swedish churches in the countryside have primitive paintings such as this of Jona and the whale. See more in the following paintings from the Gällinge Church and painted on wood dating back to 1767 when a new wooden ceiling was installed. The oldest parts of the church date back to 1100. The painters are believed to be by the German Jonas Durchs and Swedish Johan Adolf Spaak. #naivepaintingstyle #swedishchurch #gällingekyrka #gällinge #woodenchurches #folkpainting #folkart #johnaandthewhale #biblicalpaintings #jonasdurchs #johanadolfspaak

Posted by Viktor at Saturday, August 17, 2019 No comments: Links to this post

THE WAR ON WOMEN 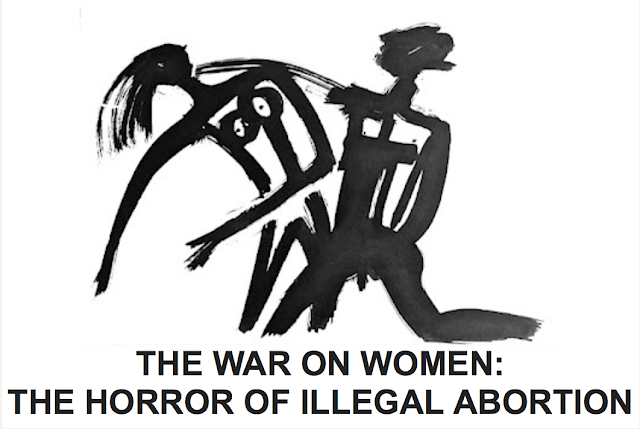 Fundamentalists and the ultra-conservative, Republican Party in America are today launching an assault on women's reproductive rights.
Listen to a woman describe the horror of an illegal,
1930’s back-alley abortion.

This text is taken from Donovan O'Malley's WOMEN WHO LOVE & OTHER STORIES -- The last story, JOAN AND JEAN ON PAGO PAGO deals with a fictitious meeting of the classic film actors, Joan Crawford and Jean Harlow. In it, Crawford describes to Harlow what abortion was like -- when it was illegal in the USA -- and the ensuing horror and possible aftermath of a back-alley abortion.

"Ever seen an illegal abortionist's waiting room? One thing they don't have at a back-alley abortionist's is magazines. One thing they do have is cockroaches. You're waitin' there in this back-alley butcher's waitin' room and a door opens and this young girl, she can't be no more than fourteen...this young girl comes out holdin' her belly and there's a slush of mascara and tears all over her empty little face and there's blood on her skirt and the skirt's back-to-front but she don't care about nothin'. As she staggers out she leaves a trail of tiny specks of blood that follow her out the door like the bread-crumbs that Hansel and Gretel, in that fairy tale, scattered to find their way back. But there ain't no way back for this bloody child who will die in the dark alley just outside. This child ain't no Gretel. And this ain't no Fairy Tale.
I lay there with my dress up to my chin. He looked down at me, grinned for a moment. I was glad it wasn't longer. He went to wash that child's blood from his hands and I thanked God for little favors -- he was at least washing his hands before he touched me. I looked around and I couldn't see the forest for the forceps...and the prongs and the knives and the little pincers and the big pincers and the scissors and the tiny, tiny, so very tiny hooked something-or-others that lay about that butcher's shop. This illegal back-alley abortionist, this spurious doctor, this butcher, gives you a slug of gin from a dirty glass, pours a little more, drinks it himself then soaks his bloody hanky in it, and rubs it on his long, hooked wire. This man, this cruel but necessary criminal, was our only resort when a woman was poor and abortion was against the law.
And later, my belly got bigger and bigger when it shoulda got smaller and smaller. Bigger and bigger 'stead of smaller and smaller. I thought it was a inflammation or somethin’. A lot of lonely bleedin' was on my agenda.
Then one fine morning a few months later I wake up in this cheap hotel on a real bloody bed, see? With this little thing beside me. I ain't quite awake so I don't know what the hell it is. But it moves and it looks at me with big, cloudy eyes and do you know what I say? I say What the hell is this?! It is attached to an umbilical cord thingy that trails right up into my...
I lifted the bedclothes to get a better look. I was foolishly curious in those days. The little thing...it was...unformed, made tiny noises, tiny, jerky moans. I pulled it next to me and it snuffled and made the tiny noises again. I put what might have been, should have been, its mouth, on my nipple but it didn't suck. Its mouth wasn't, didn't seem to be, developed enough to suck. I hugged it for awhile. Till it stopped breathing and it turned blue and it felt cold. Then I cut it free with my manicure scissors and I put it in a paper bag and I threw it away. That's what millions of women did when abortion was illegal. I was lucky. Thousands died."

©Donovan O’Malley
Posted by Viktor at Thursday, May 30, 2019 No comments: Links to this post 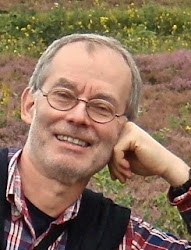 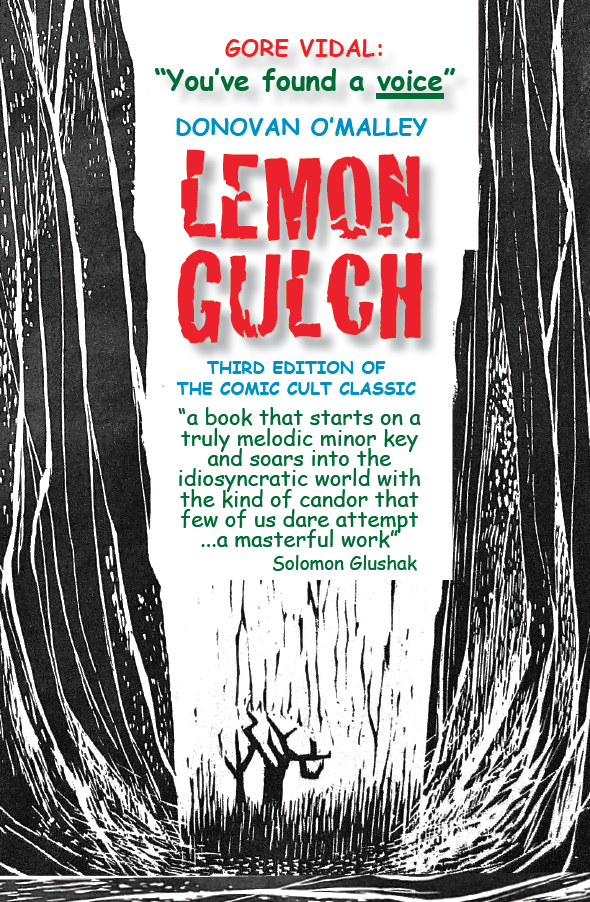 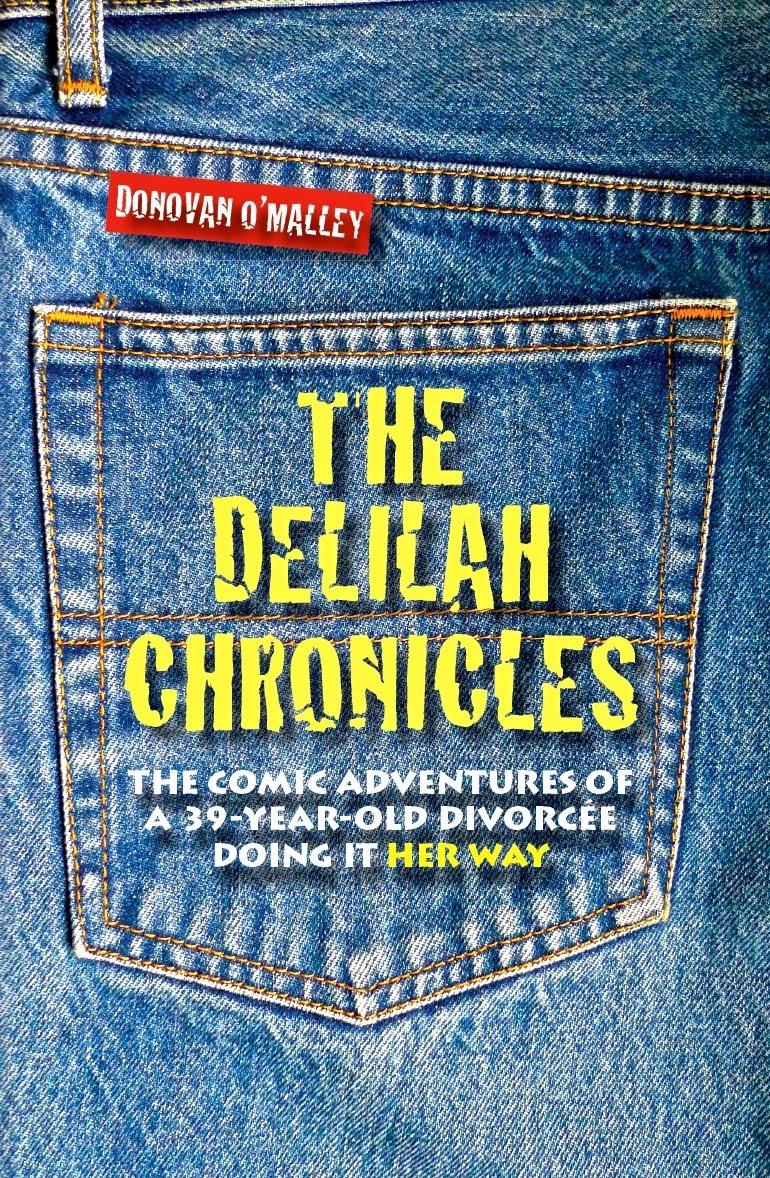 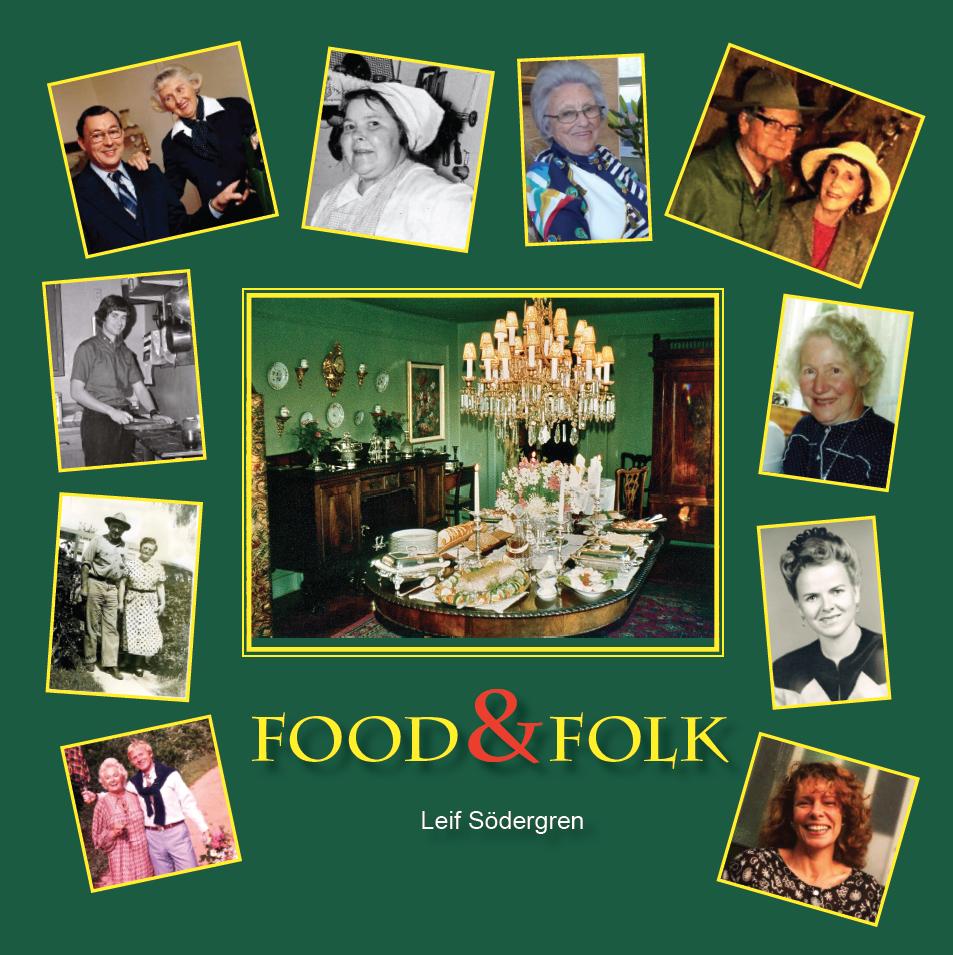 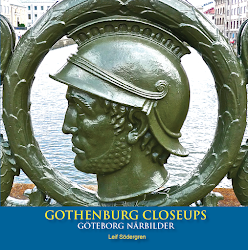 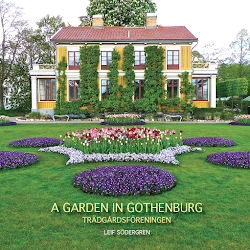 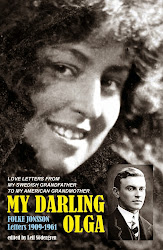 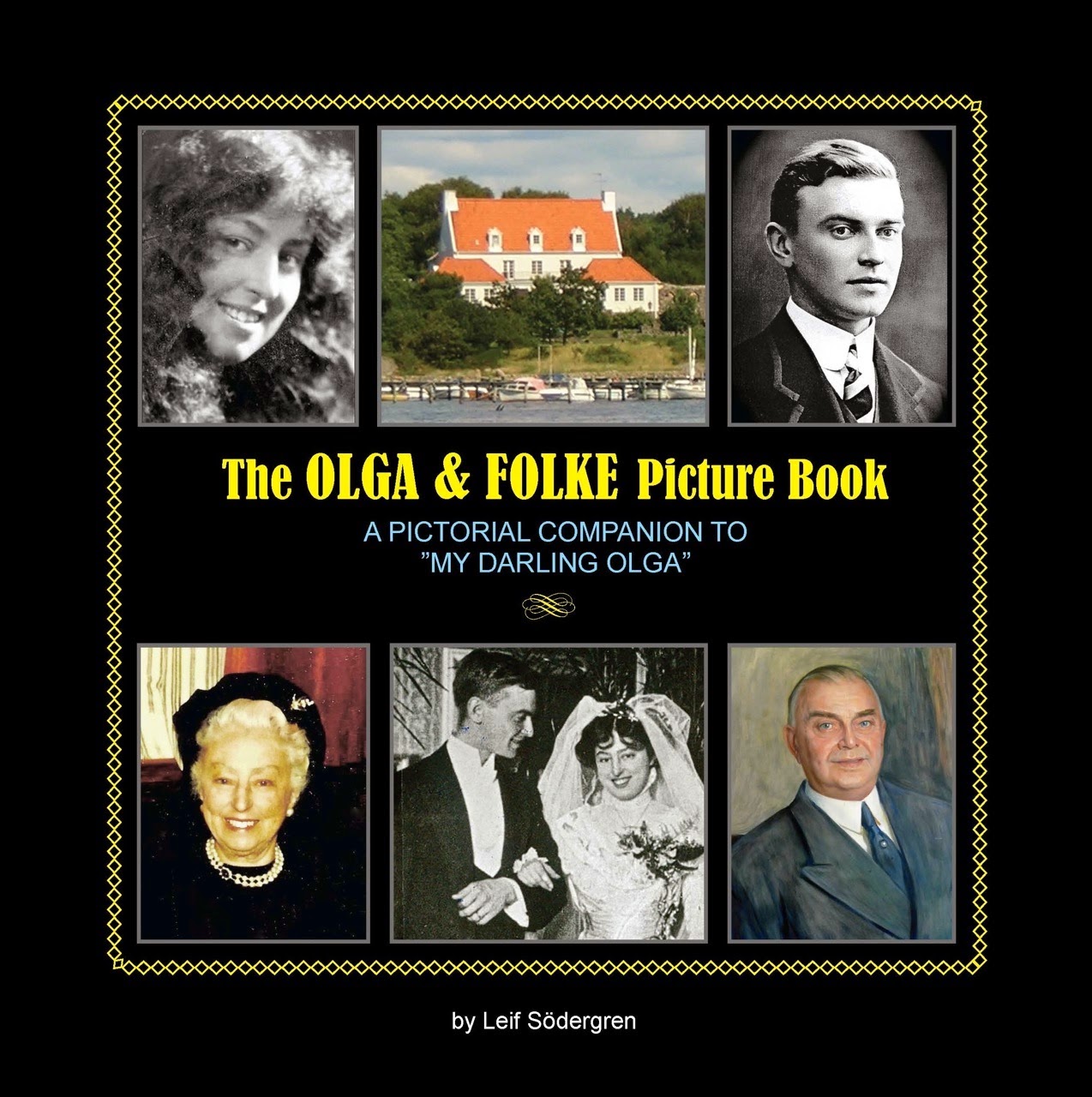 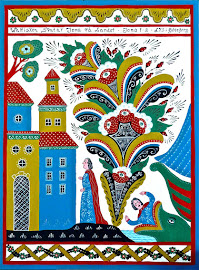 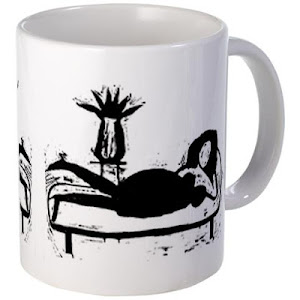 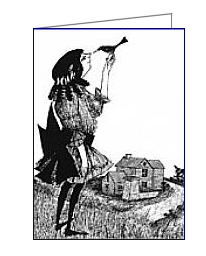 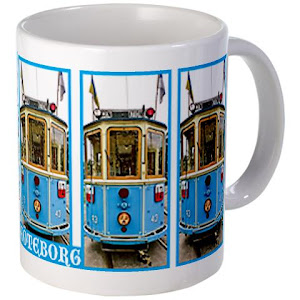 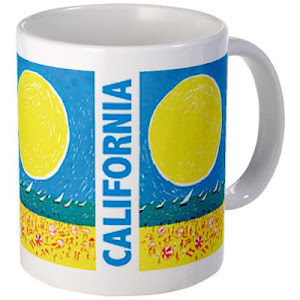 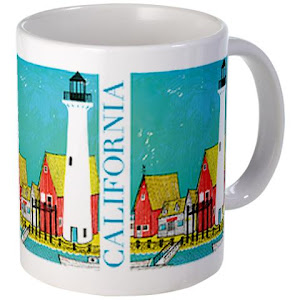 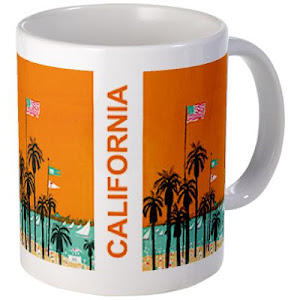 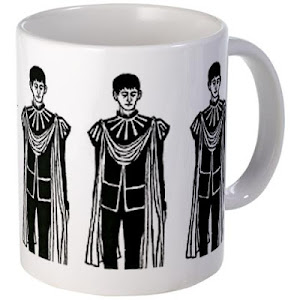 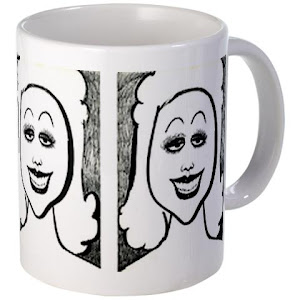 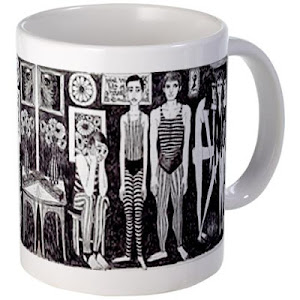 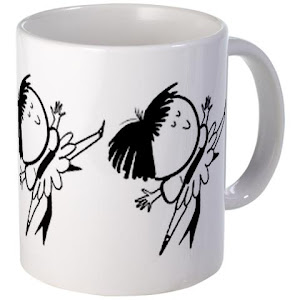 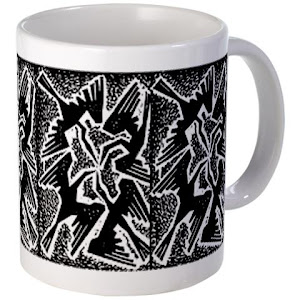 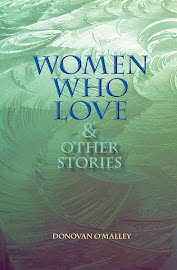 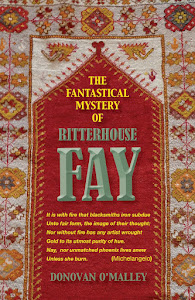 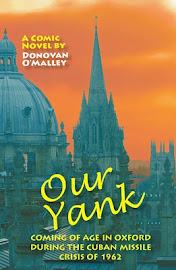 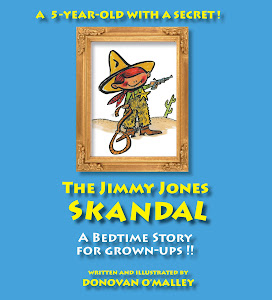